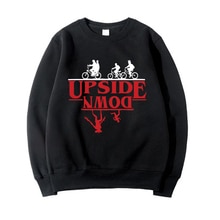 Netflix recently renewed the season 4 of Stranger Things with a teaser. The exciting brand new teaser was filled with many Easter Eggs. Fans have been spotting different elements of the teaser, attempting to work out about what might happen in season 4.

Stranger Things is leaving the small Indiana town where it all started, but where will Season 4 take place? We have rounded up all the potential Easter Eggs you might have missed in the teaser. Let’s find out.

At the end of the short teaser, there is a clock visible on a tree, which seems to be stopped on the time 12:30. Some fans have been seeing this as a potential teaser for the release date of the upcoming season.

This could imply that the show would be released on December 30. Although the year has not been mentioned, however, it can be presumed that season 4 will arrive in 2020.

A Reddit user named Threedotsguy speculated that this could even mean that viewers would have new episodes this December if they had shot seasons three and four back to back.

They wrote: “Apparently, episodes of season four have already been shot together with season three episodes, in a long schedule, since it ensures that the kids don’t seem like they’ve aged very much.”

The short clip is set in the Upside Down version of the Indiana town. The teaser has also mentioned at the end that “we’re not in Hawkins anymore.”

There is also Hopper’s cabin, as well as the ‘Welcome to Hawkins’ sign. Viewers will have seen this sign earlier in the series, as it is the one that marks entrance into Hawkins when people are driving through.

This could mean that season four will be spending a lot of time in the Upside Down dimension of Hawkins, and potentially explore the limits of this.

Many viewers have been speculating about what the clock could mean that has been teased in the trailer. One of the biggest theories is that it is the Doomsday Clock.

The Doomsday Clock is a symbol which represents the likelihood of a man-made global catastrophe. Given that the time on the clock seems to be very near to midnight, this could indicate an upcoming threat for the residents of Hawkins.

What’s more, the new series is predicted to be set in the mid 1980s, which was a time when the clock was situated very close to midnight thanks to the escalation of tension between the United States and Soviet Union with the build up of nuclear weapons.

Fans have noticed what looks like Jim Hopper’s cabin, hidden in the back of the teaser video. The cabin was seen in season two and three as where Hopper and Eleven used to live.

Hopper was seemingly killed off in the final episode of season three during an explosion to close the gate to the Upside Down. But fans have been hoping that he is perhaps hiding in the Upside Down instead of being killed. There is also a lit lamp outside which seems to indicate that there is someone inside. It can be Hopper.

The trailer ends on the tune of the Westminster chimes. For those who don’t know, these are used around the world in various clocks but are perhaps most commonly known as the chimes of Big Ben in London.

Well, we have already known that the next season might take place outside of Hawkins, it’s very possible that the new season will be set in the UK.

Though there is also a theory that the new series will take place in Russia, given the mid-credits scene at the end of season three, which took place in Kamchatka.

6. The newspaper on the floor

Fans have also noticed a discarded newspaper on the floor. Although there is nothing to indicate what it says, some viewers have been theorising that it is the Hawkins Post.

User ZzOriginals wrote on Reddit: “The paper on the ground appears to be of the Hawkins Post and might be the copy from season three with ‘Hero Chief Dies in Fire. This could indicate he [Hopper] is still alive and is in there.”

What do you think about Stranger Thing Season 4 teaser? Let us know your theories and prediction in the comments section.

Every Movie Reference In Stranger Things

All the Hidden Messages in the Hairstyles on Stranger Things